Resolute is a dramatically simple piece that depicts a leopard sitting at the edge of a watering hole. The animal is suspended in space, with the background sinking back into darkness. The animal’s reflection is the only hint at the presence of water. A scattering of burgundy leaves line the edge where the leopard is sitting.

I took this photograph during the night time and this leopard was extremely cautious,  consistently evading the camera. Eventually, after circling the watering hole several times and coming to a stop, it settled down for just long enough for me to capture it.

Against the inky black the animal is startlingly vibrant. In contrast to the daytime where it would become invisible against the grass, here at night it shines brightly. The tones shift from bright orange to white to a cool blue in the shadows. The patterning takes on an almost psychedelic quality.

I used a quick shutter speed, catching the drips of water from the animal’s mouth with razor sharp precision and preserving the moment in complete stillness.

Seeing a leopard in this scenario is unfamiliar, with an unusually bright light defining its every feature, displaced from its home of greens and browns and reds. It’s a dramatic homage to the unique beauty of these elusive animals, and would look very striking in a home or office.

Be the first to review “Resolute” 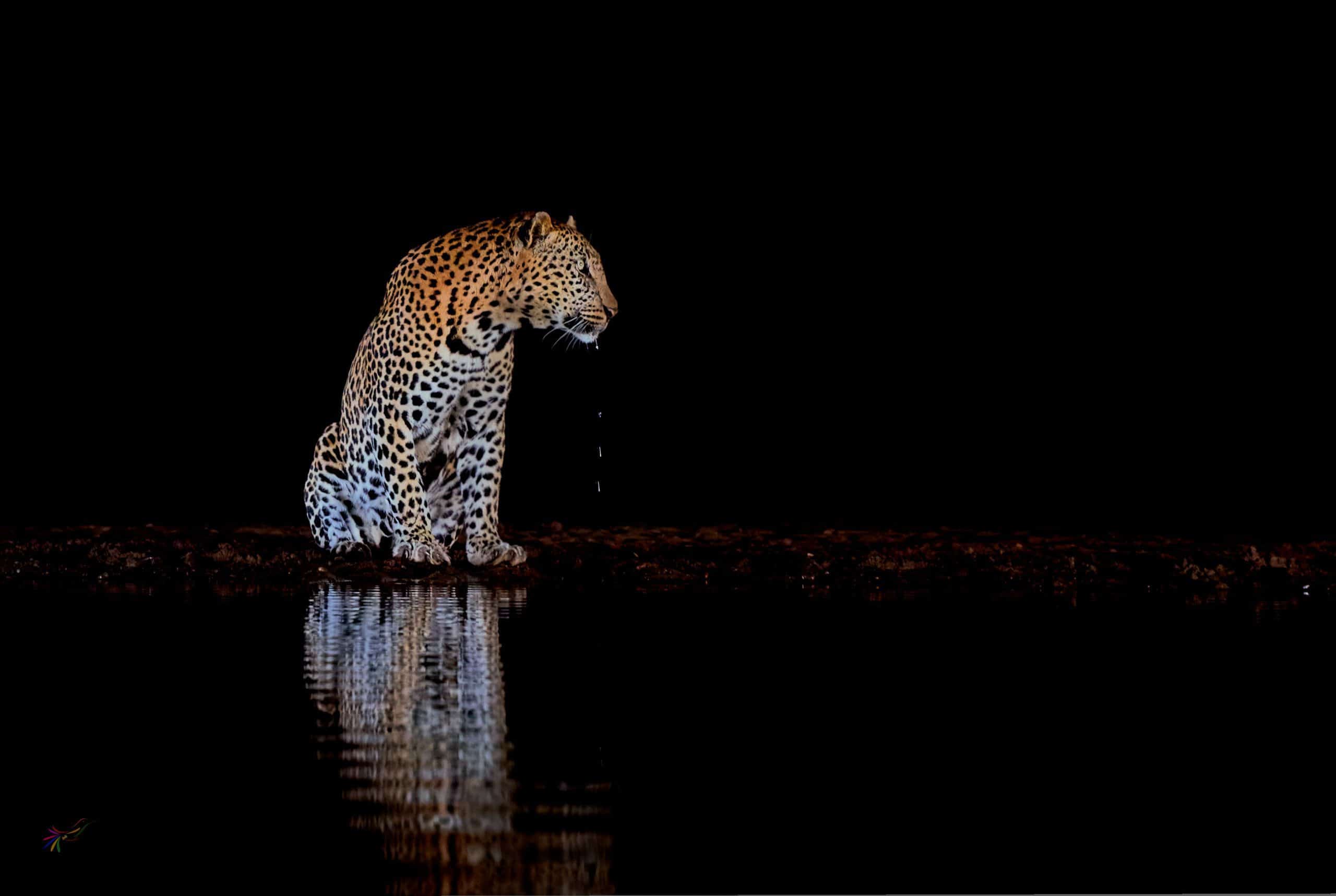