Solitary is a black and white image of a white rhino, that I photographed drinking in the middle of the night. I was alone in the hideout when this beautiful animal approached the watering hole, and turned one eye to face me. The monotone profile picks out the forms and textures, and accentuates the mottled light that plays on the animal’s skin.

This is an artistic photo that brings out the expressive qualities of this solitary rhino. Bright scars line its body from past displays of dominance, and the eye that faces us is incredibly emotive.

Rhinos are largely solitary creatures and only very rarely form groups, either as a collective to forage for food together or as a female grouped together with her calves. Male rhinos are almost completely solitary, and only associate with other rhinos when they are mating. This solitude is not a lonely one; it’s a way of life for these animals, but in this photo the rhino seems especially vulnerable.

Unlike my other photos of this subject (See “Rugged”), this photo is not one of tension. Despite the ferocity of these animals, in this moment it’s placid and surely feels safe and secure in its surroundings. The rhino is one of the Big Five, and these animals have been the target of trophy hunting and ivory poaching since humans discovered them. Now, thankfully, we are beginning to realize that photographing, filming, or viewing them on wild safaris is a much more valuable and fulfilling experience.

Emotion is the key part of this image. If you enjoy the more personal snapshots of Africa’s animals, photographs that delve more deeply into their lived experience, then Solitary may fit nicely into your collection. 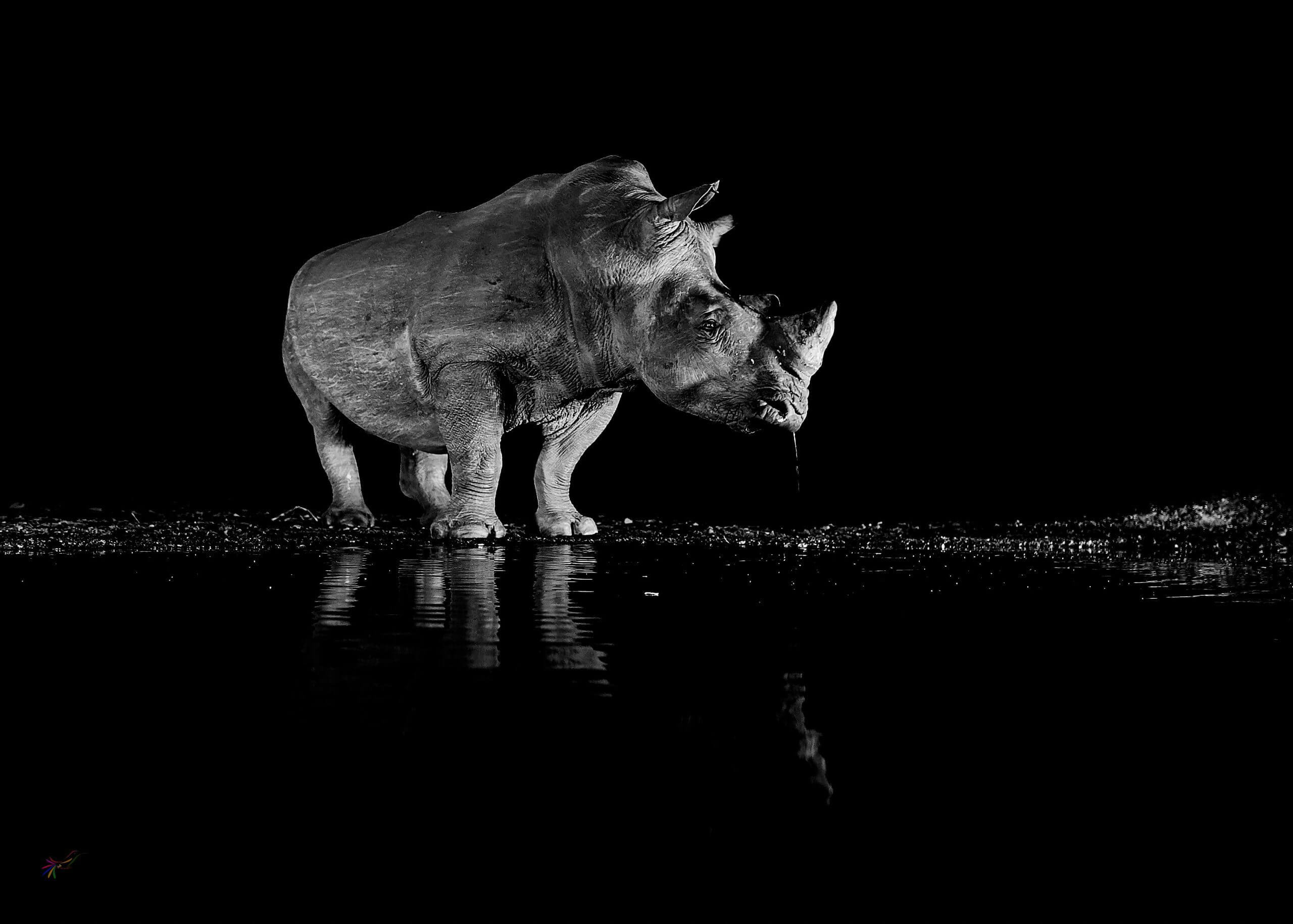