The Endless is a serene and ethereal long exposure shot of Plum Island Beach in Massachusetts. Photographed during the low tide, the water gently eddies around protruding rocks. The shutter of the camera remains open, tracing every movement as the water pulls back and forth and overlaps. Eventually the shutter snaps closed and the continual motion of the water is compressed into a single moment, becoming blurred and misty.

Long exposure shots are a paradox in themselves. The still photograph acts as a force against the brutality of time; it plucks a moment destined for oblivion and preserves it in perfect stasis. It denies time its power. But the act of long exposure invites time in, as part of the process. It documents its passage and uses it as a tool to create new moments. It is less of a documentation, and more of a revelation. A revelation of how time would look if we saw it from afar instead of living in its path.

This image is intensely calm, its difficult not to be drawn in by the softness and otherworldly nature of the water. It’s a place that anyone would happily choose to be, and the long exposure suggests the idea of spending a long time in this place. It suggests stillness, standing in the waves as the water washes over your feet, being as still as the camera was when it created the image.

This is a print depicting a universally loved view, the sea and sand and sky, but it elevates it to something more artistic and intriguing. In spaces where calmness and stillness are important, perhaps yoga studios or meditative spaces, this print would go a long way to enhancing that environment.

Be the first to review “The Endless” 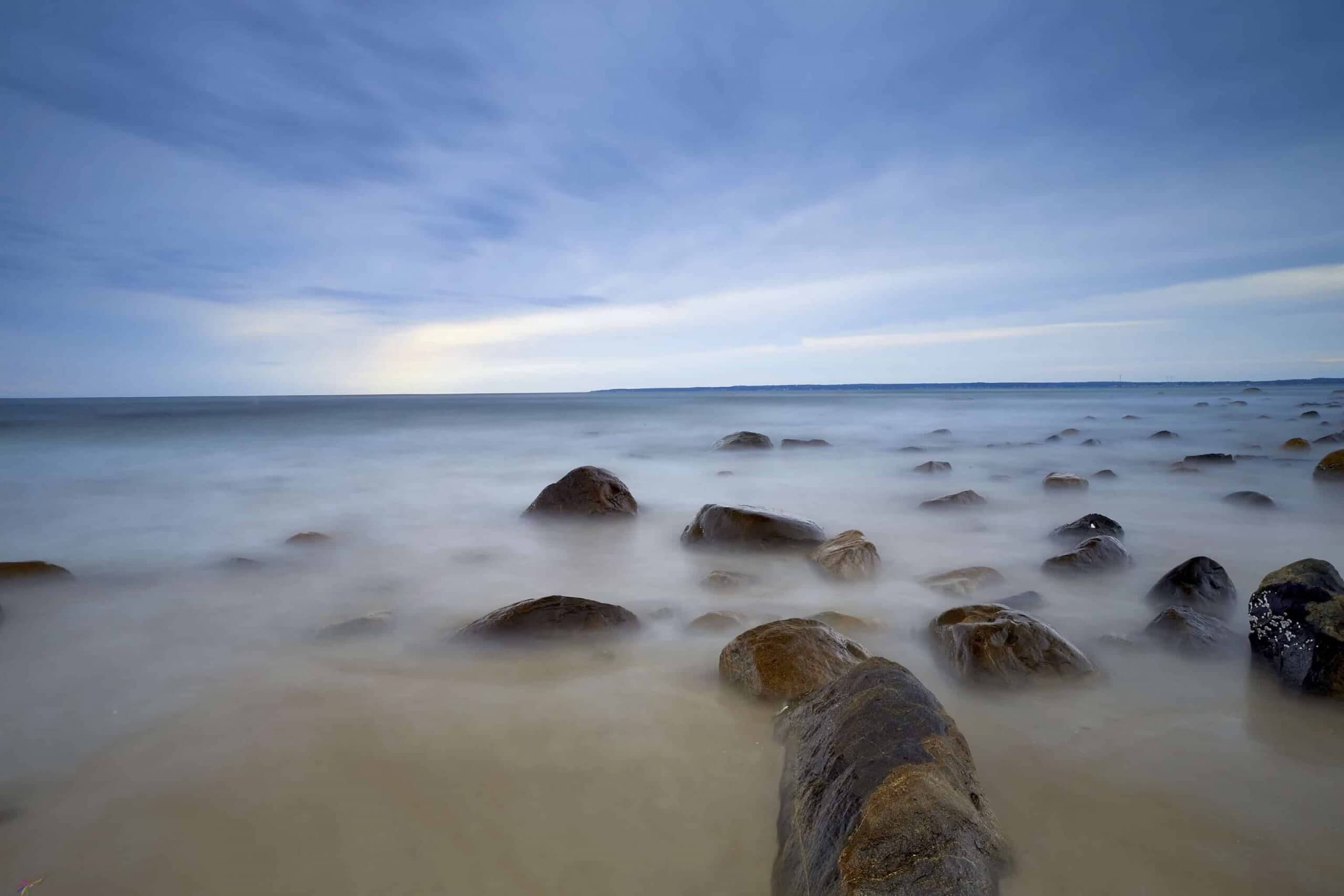